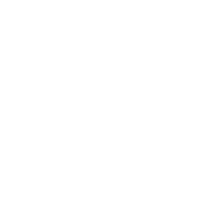 What is DDoS Security?

DDoS mitigation is a set of techniques or tools for resisting or mitigating the impact of distributed denial-of-service (DDoS) attacks on networks attached to the Internet by protecting the target and relay networks. DDoS attacks are a constant threat to businesses and organizations by threatening service performance or to shut down a website entirely, even for a short time.

DDoS Attacks
Businesses of all sizes run the risk of being hit with a DDoS attack. The common goal of these attacks is to make your application or network unavailable but attacks themselves can differ.

Volumetric: Attacks that consume all available bandwidth across the network link that connects an application to the Internet or other networks.
Application: Attacks that mimic legitimate application requests but attempt to overload web server resources such as CPU or memory.
Computational: Attacks that attempt to exhaust infrastructure resources, such as firewall state tables, leading to crashing or degraded performance.

Get in touch with us